David Graeber, one of the most influential leftist intellectuals of recent times, sadly passed away on the 2nd of September. I won’t be alone in feeling a deep sense of loss with this news—he was a voice of clarity and hope for many of us on the left, someone that we often turned to during times of political turmoil (his post-election piece being a case in point). He is remembered for his central role in the Occupy movement (and credited with coining the phrase “we are the 99 percent”), as an active supporter of the Kurdish struggle, and for his lifelong commitment to anarchism (though as his Twitter bio stated, he seemed to dislike labels, and saw anarchism as “something you do, not an identity”) — principles which brought him into conflict with an academic world that was at times hostile to his activism.

Like many other great thinkers and writers, Graeber was able to unlock our imaginations to see things that were previously hidden in plain sight—bringing us closer to a world that always felt so far away for us on the left. But, crucially, such ideas weren’t simply a product of theoretical or philosophical musings. As an anthropologist, his optimism came from empirical work across space and time, and he encouraged us to pay attention to our complex (but mundane) everyday lives. The outcome was that he didn’t simply produce detached utopian visions (as fantasies that might only ever exist in our heads), but he opened up possibilities that are at our very fingertips (a skill he shared with other great anarchists such as Kropotkin and Colin Ward).

Perhaps Graeber’s most distinctive element was his witty and accessible style, used powerfully to disarm and ridicule some of the most embedded and accepted logics of capitalism and the state. This was most captivating in his 2018 book Bullshit Jobs, which was genius in its simplicity. At its core was the claim that there is an inverse relationship between the social value of a job and its economic value. In other words, the most highly paid jobs (e.g. hedge fund managers, political consultants, marketing gurus, corporate lawyers etc.) are usually socially useless (Graeber goes into great depth explaining this as subjectively experienced, along with many entertaining anecdotes). Graeber claimed that if these jobs disappeared tomorrow, not only would the majority of us not notice any difference in our daily lives, but the world would likely be much better off. On the other hand, as Graeber noted:

If we all woke up one morning and discovered that not only nurses, garbage collectors, and mechanics, but for that matter, bus drivers, grocery store workers, firefighters, or short-order chefs had been whisked away into another dimension, the results would be catastrophic.

This has become increasingly obvious during the COVID crisis, where it is these workers that we all depend on to maintain and reproduce the foundational elements of our society and our everyday lives. Who would have noticed if the corporate lawyers stopped working during the height of lockdown? The brilliance of this work is that it’s what many of us already knew but were unable to articulate so clearly—like some well-researched pub talk with empirical, historical and theoretical credence. No doubt, it opens up a huge amount of intellectual and practical work for us.

Of course, his other works are equally important—particularly in what is a modern classic on Debt, the secret joys of bureaucracy in The Utopia of Rules, and my personal favourite Fragments of an Anarchist Anthropology. 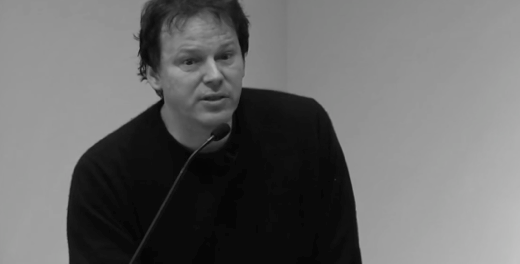 It is a tribute to his influence that so many of us (who have likely never even met or engaged with him) are so saddened by his death. But, whether you consider yourself a socialist, communist, or anarchist (or whatever variation/label you want to give yourself), we are a community (as fragmented as it is) that is built on solidarity, love, and fighting for a freer, more equal and fairer world, collectively. We celebrate, struggle, work, breathe, and live together, and when we lose each other, we mourn together. His works are gifts that he has left for us, but his legacy depends on our ability to use, shape, and reshape them into the future. And there’s no better way to celebrate his life and ideas than that.