For the people of Wales, Thursday night served as final confirmation to an increasing number of us that there is no future for ourselves, and our children, within the structures of the British state. Alliances between our ‘progressive’ parties could have saved the day in terms of keeping the Tories out of our Parliamentary constituencies, but that would have been papering over the cracks, concealing what’s happening across the length and breadth of the island of Britain: namely, disengagement from our political class, despair, and deep frustration in the face of many decades of decline.

We must use our power to emancipate ourselves. Historic, progressive campaigns and successful nationalist movements, have always sprung up from the people, and we must always remind ourselves of this, in a world where it seems increasingly difficult to influence events. And hope remains for us in Wales, for the time being. In our hearts, in our inheritance, in our collective experience of struggles for our rights, our language and our existence, we carry with us the will and the possibility of fighting back. The Spirit of Merthyr, the Chartists, of Rebecca, the solidarity and defiance of our slate communities in the north and the coalfield of the south; we must rebuild on the spirit of past struggles in order to protect today our workers, minorities, underprivileged, and our environment – and to create a new future.

The election was a final verdict on the state of the United Kingdom. We must not shy away from the truths of the result. Faced with contempt, extremism, propaganda, racism and the promise of shredding what is left of the safety net of our welfare state, Britain voted for Boris Johnson and the most right-wing and reactionary Tory Party of the modern age. Moreover, nearly 40% of the vote in Wales went to this very same party. A symbol of the moral bankruptcy of our politics was the 27,000 votes in the Vale of Glamorgan for Alun Cairns, Boris Johnson’s underling, under investigation by his own party due to his support for a man who wrecked a rape trial.

We also had a divided opposition, revolving around the leadership of a left-wing politician who had been completely undermined. We’ve witnessed on almost a daily basis the attempts of some of their elected representatives to undermine a genuine socialist programme, revealing the party’s reactionary nature. Their troubles derive in part from the British media elite, of course, which represents the class interests of those who will ensure that the United Kingdom will never be a just state that looks after the interests of workers, minorities and the disenfranchised. Whilst recognising Corbyn’s weaknesses as a leader, we must acknowledge the deep structures that will always stifle progressive change in the United Kingdom. Indeed the most intractable of all is Labour’s unionism, which will never allow true equality for Wales – and as devolution has proved, will always ensure a secondary status regardless of the constitutional settlement.

Plaid Cymru continue to fight hard in their heartlands and across the country. They are one focal point for the mass movement that is required in order to create genuine change, but over-reliance on one party is a danger, especially where it has proven difficult to gain new ground. In the face of these challenges, and on the basis of the hope offered by our national movement, we urge you to join Undod, to change Wales for the better.

We commend YesCymru and AUOBCymru for their hard work and leading the wider movement for independence. 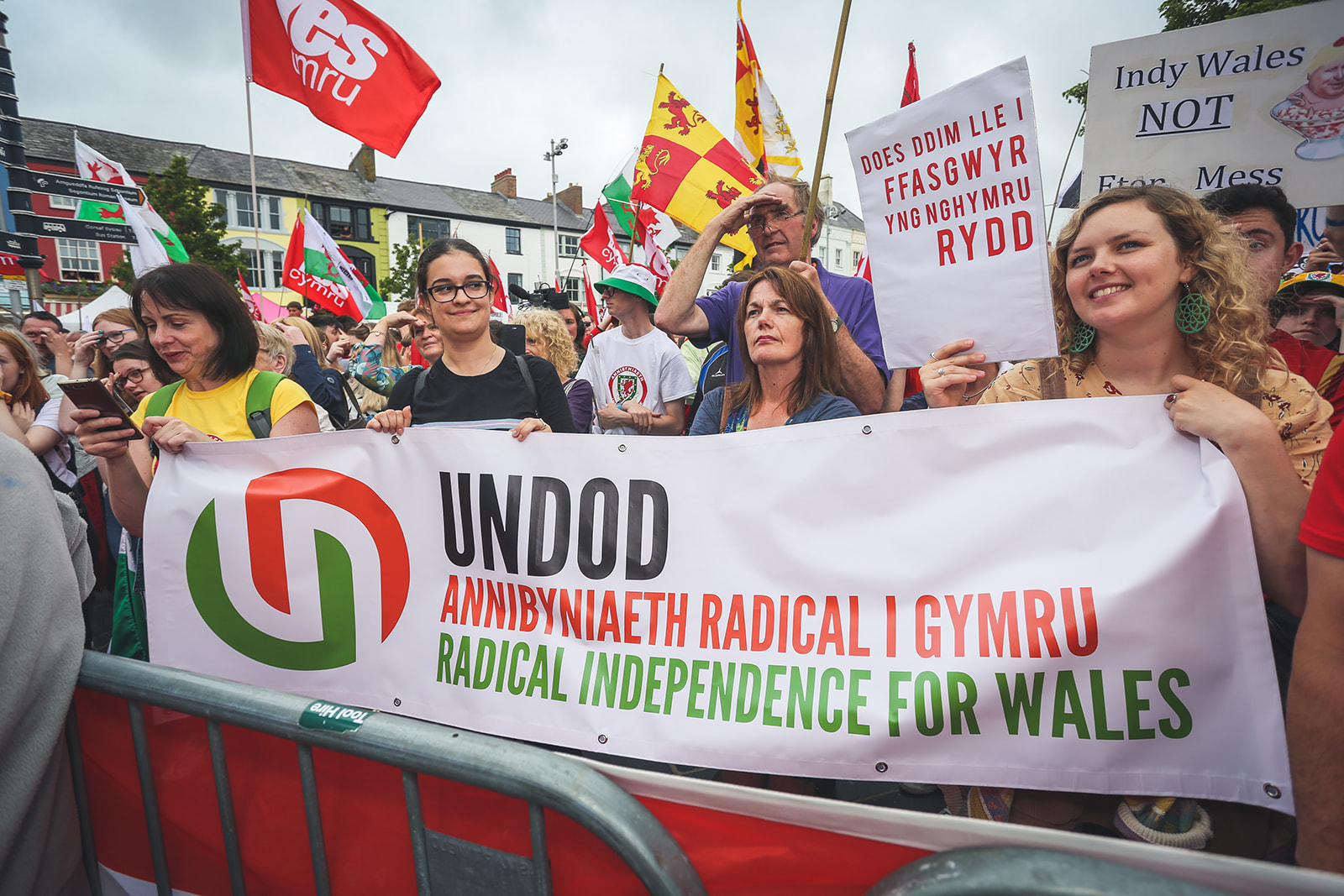 Our role is to ensure that this movement has a vision for Wales that offers hope and ambition, which strikes at the heart of the toxic, oppressive, imperialist politics of the British establishment – and that we begin now to enact that vision. We must unite the progressive forces of Wales, we must stand firm and state clearly our demands for an alternative society, create a new reality that responds to the challenges of people’s daily lives, and offers emancipation from the ills of contemporary society.