Undod stands in solidarity with those demanding justice for George Floyd, a Black man murdered by a white police officer in Minneapolis, and all those who fight against racism and state violence everywhere.

The violent suppression of protests across the US, from casual brutality to rubber bullets and the indiscriminate use of pepper spray reveals a society still deeply scarred by entrenched racism. The shooting dead of a protestor from a car window also shows us how the state response further emboldens far-right terrorism.

But we must challenge the idea that this is a uniquely American problem ‒ racism is also entrenched within UK society, its institutions and imperial history. For many years, deaths of Black people in custody have gone uninvestigated or unprosecuted despite decades of campaigning from families. Here in Wales, our prisons are locking up the highest proportion of people of colour in the UK.

The pandemic has further revealed the racism of state institutions. Despite an enormously disproportionate risk of death for BAME people from Covid-19, the UK government refuses to investigate the reasons for this or take adequate steps to protect our most marginalised communities.

Capitalism and white supremacy go hand in hand. The United Kingdom and the United States are built on centuries of exploitation, oppression and violence towards people of colour. If we want a society that guarantees safety and dignity for all, then we have to work to dismantle the racism that runs deep through our society, our institutions, and our own hearts. 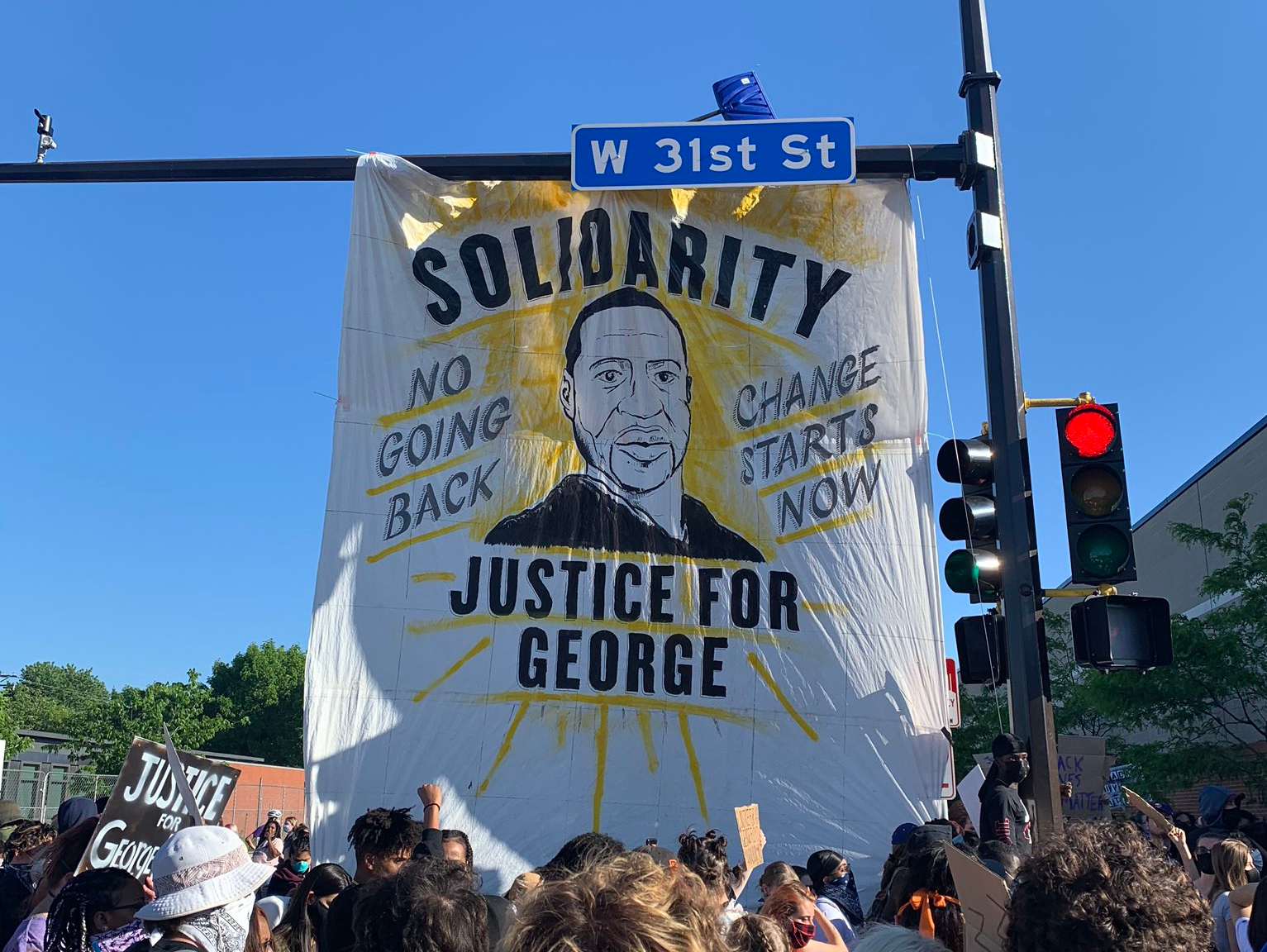 How you can show solidarity

There is a fund which distributes money to bail funds as well.

Donate to and support BAME organisations in Wales

If you are white, read this Guide to Allyship and use this Anti-racism resource