Thanks to Nye Davies for a great discussion event in Merthyr in the context of the labour movement and an independent Wales, giving us a lot to reflect on in terms of the relationship between socialism and Welsh independence.

In particular, Nye was discussing the politics of the legendary S.O. Davies who was Labour MP for Merthyr 1934-72, comparing him with the views of Aneurin Bevan. S.O. Davies was well known for his support for a Welsh Parliament and reflected the nationalist beliefs of many Labourites – especially those in the early labour movement during Keir Hardie’s leadership.

Niclas y Glais (TE Nicholas), perhaps the most renowned, later became a communist. S.O. Davies was regarded by many as a “fellow traveller”. 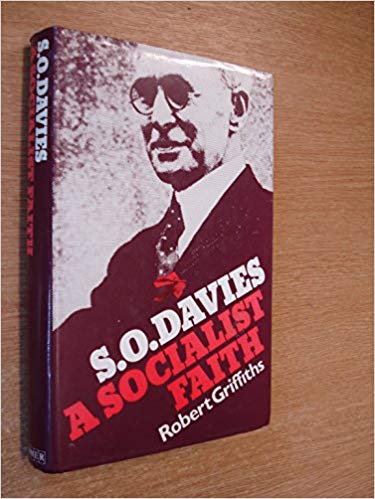 Calling on the biography by Rob Griffiths, now leader of the British Communist Party, Nye argued that most of S.O. Davies’ and Bevan’s core beliefs and attitudes were very similar, but what distinguished Davies most was his belief in the need for Wales, with its separate people and culture, to have their own state – in particular control over the economy. Only this could guarantee socialism and a politics befitting of the people of Wales, who were in his view those most ignored by Westminster, and suffered a democratic deficit because of the failure to recognise their needs and particularity.

Indeed, it might be suggested for S.O. Davies that independence without control over our economy and our industries – in order to structure them to improve the lives of ordinary people – is no independence worthy of the name.

Thanks again to Nye for lots to think about.