Part of the series Wales’ next step

I’m not going to pretend that I’m not a political person – I am. I always have been. As are my family and as my children will grow up to be. So, it is easy for me to say that everyone should be actively interested in politics – if for no other reason than the fact that politics is the way our lives are controlled by other people. It is the way that they control us. You might respond and say ‘No one controls me, I choose what I want when I want it – it’s a free country’ (possibly slightly more colourful language).

Both statements are correct. We do live in what we think of as a ‘free country’ where it is us who chooses who we vote for, and if we don’t like them then we’ll kick them out next time. But is it true that we are only free within the parameters set by laws, rules, norms and acceptable behaviour? Is the truth that we are only kind of free?

I can choose to start work at any time between 8am and 10am because I have a flexible working arrangement, as long as I do my hours. I feel in control.

I could also choose to go to work at 12pm and leave at 12:30pm, it’s my choice – but I won’t keep my job for long. I could choose to go to the supermarket in my underwear or even naked, but everyone will talk about me and I might get laughed at in my community. The police might even get called and I might get done for indecent exposure. So I don’t. The thing is this doesn’t really come into my choices when I’m getting dressed to go out. It’s not clothes or none. It’s which clothes and even then, I automatically choose something that is socially acceptable within my own identity. I feel that I have been free to make my own choices about how I look and what I wear, but is this really true?

In reality our freedom is restricted by laws, rules, norms and acceptable behaviours which often dictate which choices bring rewards and which choices are likely to be problematic. Of course there are some basic laws that we accept are useful in discouraging harmful, anti-social behaviours. However, laws can be unjust, and with many norms it’s often the case some are discouraged and others aren’t in ways that favour particular people.

What’s this got to do with Undod? Rules, laws, norms, policies, acceptable behaviour, targets and regulations are all lovely as long as you’re on the right side of them, which I’m sure you are – until you’re not. What’s worse is that you might not be through no fault of your own: you might be getting a bad deal because of who you are, what you do, where you’re from, how ‘normal’ you are, how easily you fit into the mainstream. And let’s be honest, these days the ‘mainstream’ seems to be getting narrower with each new wave of crazy that engulfs these islands.

Revolution it is then!

People don’t seem to be that excited by this idea for some reason – which shocks me, to be honest. In the last few years alone there have been over 120,000 austerity deaths claimed and over 50,000 probable Covid-19 deaths with more to come. All are political deaths, all families grieving for lost ones because of political choices and particular policies. On top of this we have nurses, doctors, carers, drivers, paramedics, shop workers of all kinds, cleaners, teachers – all to be sacrificed because of choices made chasing the best ‘political’ outcome.

The British government counted each pair of gloves as two units of PPE, this was political self-interest. They held off calling for a lockdown, as did the government in Wales. They continue not only to reduce the value of our lives in relation to how it benefits them and their pals in big business, but also to treat us like fools, grateful for what we get in the face of the death, loss and trauma that they could have at least mitigated. Nothing says this more than the fact that Boris Johnson is now defending his henchman Dominic Cummings even though he blatantly broke the rules of lockdown: it’s one set of rules for them, another for us.

Meanwhile the Welsh government has offered a £500 additional payment to care workers… £500 wouldn’t even buy a week’s holiday for a family of four when this is all over, and it certainly doesn’t come close to making it ok that people are having to choose between going to work, risking their lives, their families’ lives or potentially losing their jobs.

What is worse for our society’s most caring people is having to let down the team and their patients if they don’t go. It makes it all the worst when you realise that this government is actively taking advantage of these caring people, these frontline workers. Those least able to choose to not work, but those doing jobs that are most essential to our lives (but not to worry, my hands actually hurt from clapping last Thursday… My pinkey is, well, pink from it all). 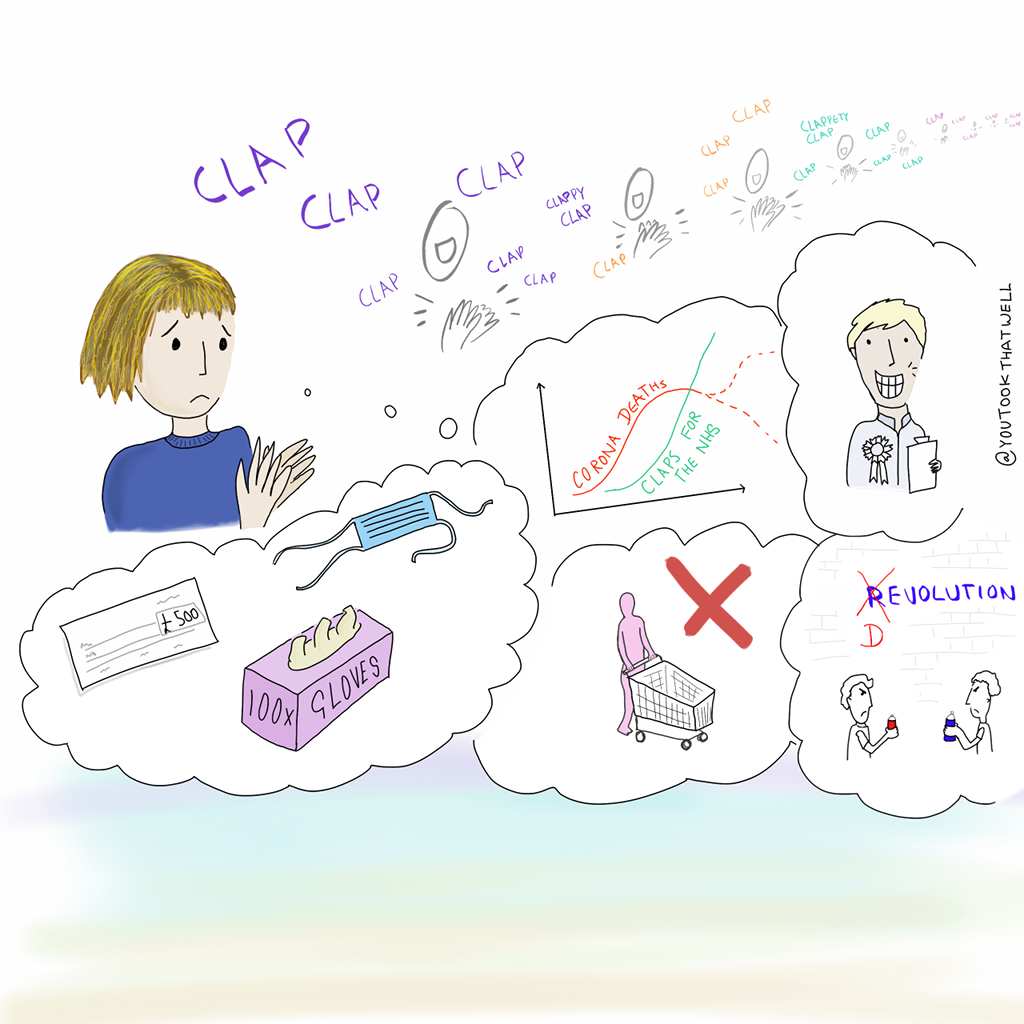 So is it just a case of politics = bad. NO. No, because if we chose not to be involved we are basically saying ‘Do whatever you will with me, my life, my loved ones’. And with one of the most right-wing governments in living memory that’s not really a safe option. What we need to do in the short term is widen the mainstream. Widen it so that we all fit in. Recognise who our counterparts are. Who stands with us as people, as humans? How do we make this reality work for us all? The minute we do that we see that without political engagement change is not going to be possible, and we need change, we need our lives to matter to those in government. The need to be making their decisions based on what is best for us.

Undod is fighting for an independent Wales that brings real control to people and communities – because that’s how we are going to make these changes. That’s how we are going to make our lives matter to those in government: by bringing that government closer to us. You know how your Mam or Nain is always saying ‘Who’s he/she related to?’ Imagine if those in government making these choices were as close to you and yours as that. They should be. You could just send your Aunty Pat round to have a panad with their Mam when they did something ridiculous…

I’m being flippant, but the point I’m making is that’s how close our community is here in Wales and that’s what should be reflected in our society’s political structures.

In the meantime, let’s deal with devolution. Let’s get on with making the changes we can for the better. Let’s not be scared, we don’t need to be. Let us choose how we make our own choices. Let us reflect on and reform our rules, laws, norms, policies, targets and regulations so that they provide a framework where people can make real choices, where they are free in a meaningful sense, and where their quality of life is improved. Personally, I’ll still be voting against naked shopping, but that’s your choice.

This Welsh Government has 3.136 million people standing with it, shoulder to shoulder, willing it to be brave, to stand with us. Through Undod we unite and make these, our voices heard. We imagine a better Wales so that we can make it happen.